Unlock the power of digital signage with Kitcast

In recent years, marketing agencies have overused the word “Smart” to the point that is has become a buzzword. Smart Tables, Smart Windows, Smart Everything. Now you can even find ridiculously named products like Smart Toothpicks. Yet, with new developments in urban design and tech, ‘Smart’ gradually becomes reality in a form of Smart Cities. We’re going to dive deeper into how digital signage can be a significant part of Smart Cities’ future… today.

The Rise of Smart Cities

According to The United Nations, the world population is expected to increase from 7.6 billion people in 2018 to 8.6 billion in 2030 (up by 13 percent), to 9.8 billion in 2050. Roughly 83 million people are added to the world’s population every year. What’s even more important, is that by 2050, half of the world’s population growth will be concentrated in just nine countries: India, Nigeria, the Democratic Republic of the Congo, Pakistan, Ethiopia, the United Republic of Tanzania, the United States of America, Uganda and Indonesia (ordered by their expected contribution to total growth).

The concentration of global population growth in the poorest countries poses a challenge to governments in fighting poverty and hunger, improving health and education systems and reducing inequality. These very challenges are fundamental for a smart urbanization paradigm.

New studies show that 55 percent of the world’s population live in urban areas, a proportion that is expected to increase to 68 percent by 2050. This dynamic, alongside overall demographics trends, create a need for even further urbanization. These moves to urban are driven, on the one hand, from the migration of populations from rural areas to cities in search of jobs, healthcare and a developed cultural environment. On the other hand, it’s fueled by military and social conflicts that force people to flee to other countries and regions. This provides fertile ground for Smart City development from ethereal ideas to projects, some of which are already being implemented. 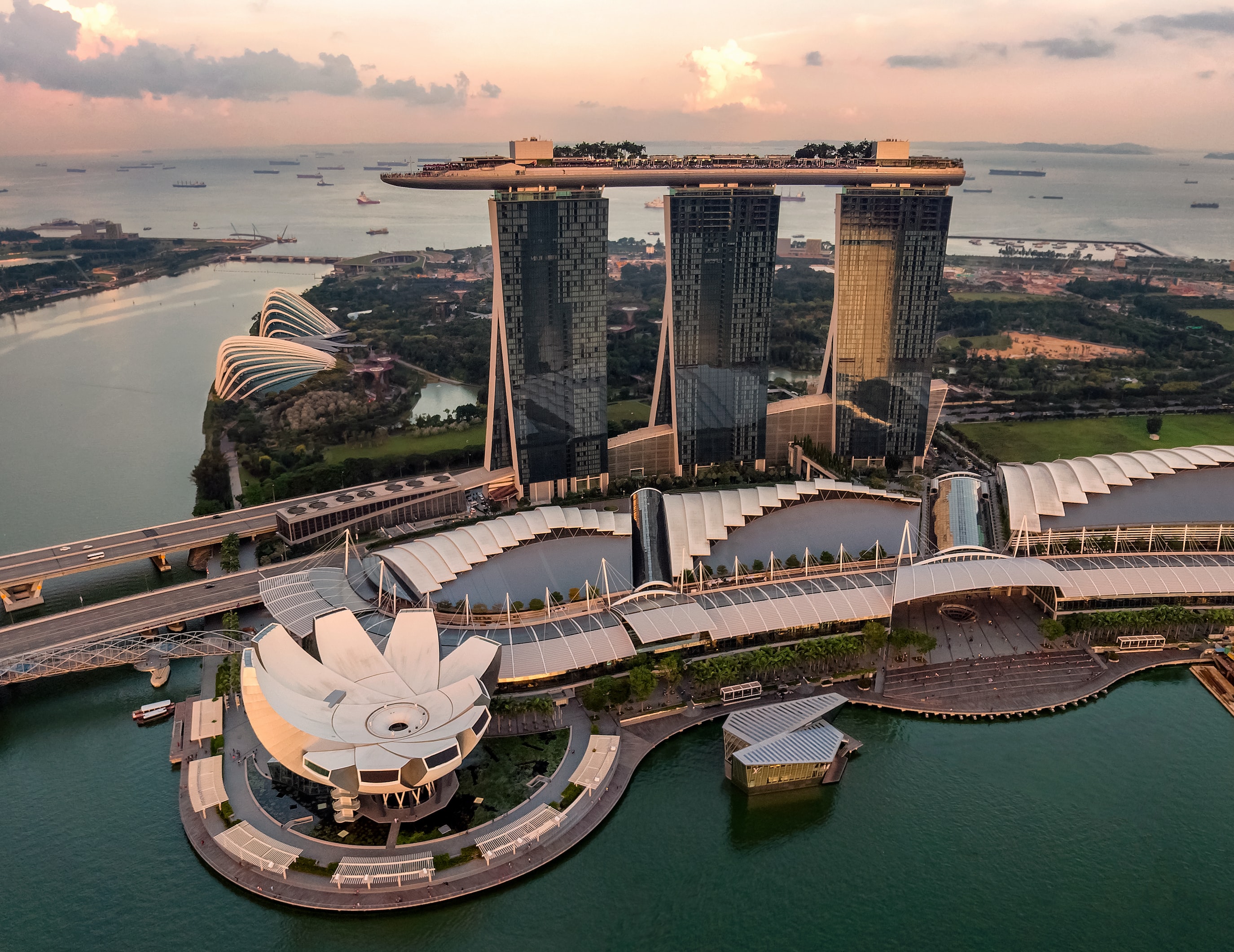 The term Smart City has a long history: from the “sustainable cities” concept in 1950s to “digital cities” in the late 90s. Since 2009, Smart City has become a widespread urbanistic trend, an embodiment of three core factors, according to R. P. J. Ron Schipper and A. J. Gilbert Silvius’ study: technology (infrastructures of hardware and software), people (creativity, diversity, and education) and institution (governance and policy). A city is “smart” when investments in human/social capital and information technology infrastructure (data centers & hubs, ISPs, digital signage & communication technologies) support sustainable growth and enhances the quality of life through participatory governance.

Simply put, a Smart City is a municipality that uses IoT and communication tech to increase its efficiency, share information and goods with its citizens and improve services and welfare. And that’s where the new opportunities for digital signage arise.

While such such megalopolises like Amsterdam, Dubai, New York and Stockholm support smart initiatives and continue implementing both tech and green solutions, there’s an increasing number of cities being built and rebuilt on the foundations of the “Smart City” concept. Among the latest cities to fuel the hopes for the new urban reality are: Xiongan (China) and Konza Technology City (Kenya).

Earlier this year, China Daily published the master plan for Xiong’an New Area, the creation of which is “a strategic decision with profound historic significance made by the Central Committee of the Communist Party of China (CPC) with Comrade Xi Jinping at the core.”

The document says Xiong’an New Area will be at the forefront of cutting-edge technology and push for coordinated development of the real economy, technological innovation, finance and human resources. Major industries that should thrive in the area will include information, biotechnology, new materials, modern services and green agriculture.

According to the Financial Times, Morgan Stanley has estimated that the development could generate up to $379bn in investment over the next 20 years. With such ambitious plans, Xiong’an is meant to become a genuine hub for research, education, and high-tech R&D – companies like ConsenSys (hired as blockchain city advisers) and Alibaba Cloud & Waltonchain (partnered for smart city solutions and blockchain application schemes) are already on board.

Within the Konza development strategy lies the integration of urban information and a communication technology (ICT) network that supports the delivery of connected urban services and allows for efficient management of those services at a large scale. Konza’s framework will integrate the following four key city services:

As a Smart City, Konza will gather data from smart devices and sensors embedded in the urban environment. Collected data will be shared via a smart communications system, analyzed and delivered to the citizens in a grand variety of services. For example, roadway sensors will be able to monitor pedestrian and automobile traffic and adjust traffic light timing accordingly to optimize traffic flows.

From Colombo Port City (Sri Lanka) to Dumq (Oman) – Smart Cities have become the epitome of a new way of strategic thinking, financial lure, urbanistic ambitions, and technological challenges. With a large scope of technologies to be implemented, there’s enough room for digital signage solutions. Based on the framework of Konza’s city services, it’s relatively easy to create a map of a digital signage implementation:

Support services for local commerce. From digital signage in retail, food and finance to information signage for tourists and businesses alike. Digital signage solutions like Kitcast can offer a scalable and easily adjustable network for any company, fitting into the smart city ecosystem – both for brick-and-mortar stores and outdoor digital signage advertising. They give a power to run complicated networks intuitively aided by the state-of-art management system. Cloud-based solutions have proven themselves to be a gamechanger in visual communications and smart cities can definitely benefit from their advantages.

City information. Digital signage networks can be used to keep citizens updated with basic city info, major changes and developments, alerts. Smart city digital signage transforms the way how information is disseminated within the cityscape. It replaces static signage with screens for achieving better flexibility and speed in broadcasting information. That, in turn, makes alerts and emergencier easy to manage and ensures the collective safety.

A digital signage network as a part of infrastructure and transport. From street directions to emergency warnings, from environmental billboards to transport-related information. City infrastructure is undergoing an enormous shift with technological advances and increasing the role of digital signage. From Smart Cars, Smart Roads and Smart Guidance – the area of application is increasingly versatile. Companies like ITESMEDIA offer a dynamic parking guidance system that transmits information to drivers and pedestrians in real time in order to avoid major infrastructure work.

Healthcare digital signage. With an aging global population, Smart Cities focus on effective solutions that will provide their elderly residents a high quality life with the use of cutting-edge technologies. Such initiatives like the Active Aging global start-up challenge look out for new healthcare solutions that smart technologies can bring to the table: from assistance with daily tasks to security and safety monitoring digital signage.

Among a large number of start-ups, the eWALL project stands out as one of the most ambitious to date. Based on an integrated sensor infrastructure, eWALL connects houses to its cloud platform and transforms them into so-called Home Caring Environments.

Scientific coordinator Sofoklis Kyriazakos of Aalborg University explains: “Users can enjoy an increased quality of life, without the feeling of being monitored or controlled, by using a variety of intelligent apps available through the eWALL cloud. At the same time, physicians, caregivers and relatives can be in contact with their people and contribute to their life comfort.” As a result, a combination of digital signage and state-of-the-art monitoring technologies facilitate distance treatment and improve patients’ experiences.

While the Smart Cities paradigm is promising and futuristic enough to inspire tech-enthusiasts all over the world, and from any industry, it also poses great challenges. Especially for digital signage software providers and consumers.

Smart Cities run on data. Before any digital signage service can transmit the message to a corresponding audience, it has to able to generate, capture, and analyze enormous volumes of data in complex infrastructure systems and settings that are often teeming with tens of thousands of people. According to the McKinsey report on Smart Cities published in June, a technology base consists of three crucial elements:

These three elements of the technology base require enormous resources from governments and companies involved. Obviously, at this stage for major Smart City projects, creating a data-driven technological environment should be the top priority for sustainable development.

Also, it’s necessary to talk about governance. Smart city digital signage without the proper management is basically useless. It always exists interconnected with other tools and it can’t run effectively without all elements of the city management done right. Displays per se don’t solve problems, the good governance does and the screens become a highly sophisticated tool. Running a digital signage network requires skill and understanding. With new solutions, it is becoming easier to handle complicated tasks of screen management.

When we say Smart, we mean efficient. When we say Smart City, we mean technologically advanced and inclusive. However controversial and challenging the new urbanistic paradigm might be, it creates a whole new technological environment for citizens, investors and technologically augmented companies. Digital signage is nothing short of a major tool to improve communication within the Smart City ecosystem: marketing, social and interpersonal. A new way to look, to speak and to convey. But most importantly – Smart Cities offer new opportunities that can’t be missed.

How To: Find Balance Between DOOH and Online Marketing P.1

Why Digital Signage Should be a Part of Your Marketing Plan